Organic burn out for glass casting

Jan Hein’s Method of Investing Organic Objects for small Scale Glass Casting
This method of casting can be used for the investment of organic materials like: fruit, vegetables, flowers, leaves, wood, etc. directly in the refractory mould material. This will result in highly detailed one off glass replica. In the context of discussing the procedure I will refer to the organic model as a vegetable through this process, which applies to all the above organic materials.
Procedure
1.       Large vegetables may need to be cut in order to reduce the size of the mould; otherwise the following mould mixture and method of application will require some adjustment and reinforcement.

2.       Before setting up the vegetable in preparation for refractory mould making you need to work out how much glass you will need by doing a water displacement ie. immersing the vegetable into a bucket of water and recording the rise in the water level, you can then calculate the weight of the glass (see separate notes on the calculation of glass).

3.       The water displacement will inform the size of the reservoirs as you will now know the quantity of glass you will need to cast the form. Use clay to make a reservoir, the vegetable can then sit on this, use Vaseline around the base of the clay. Alternatively, you could use a plant pot (freeze proof ones are more robust), in which case the size of your mould will be reduced. 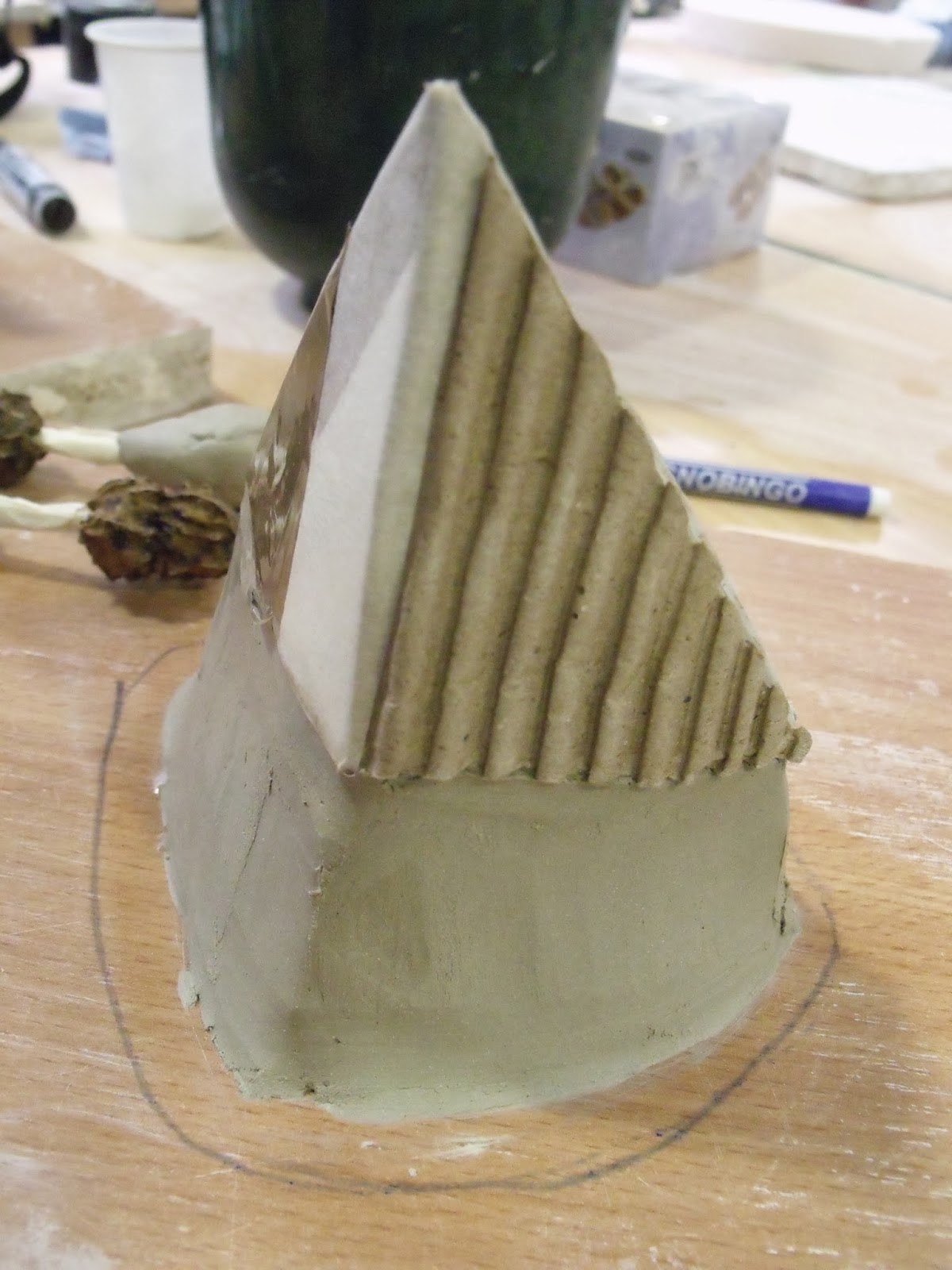 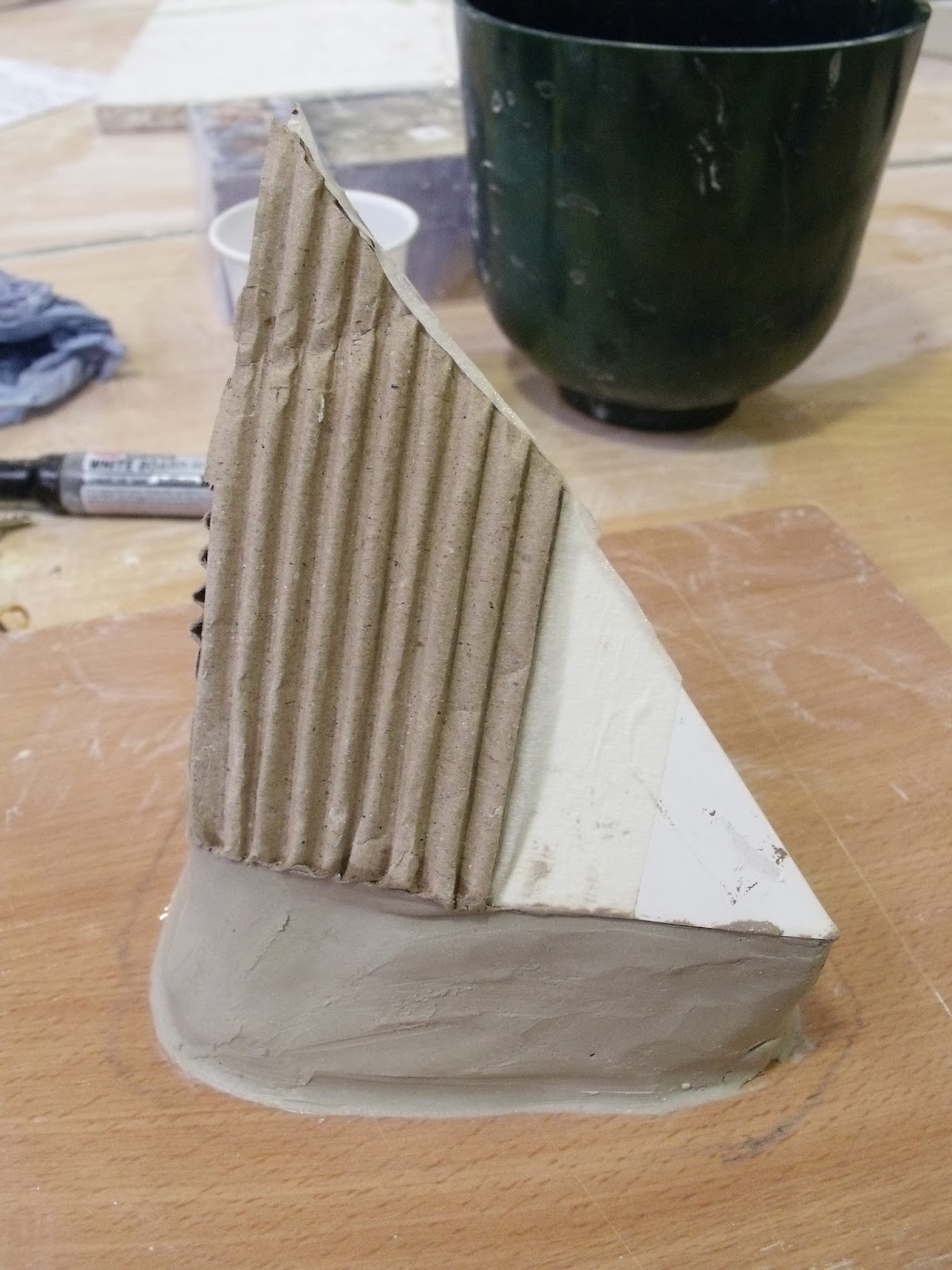 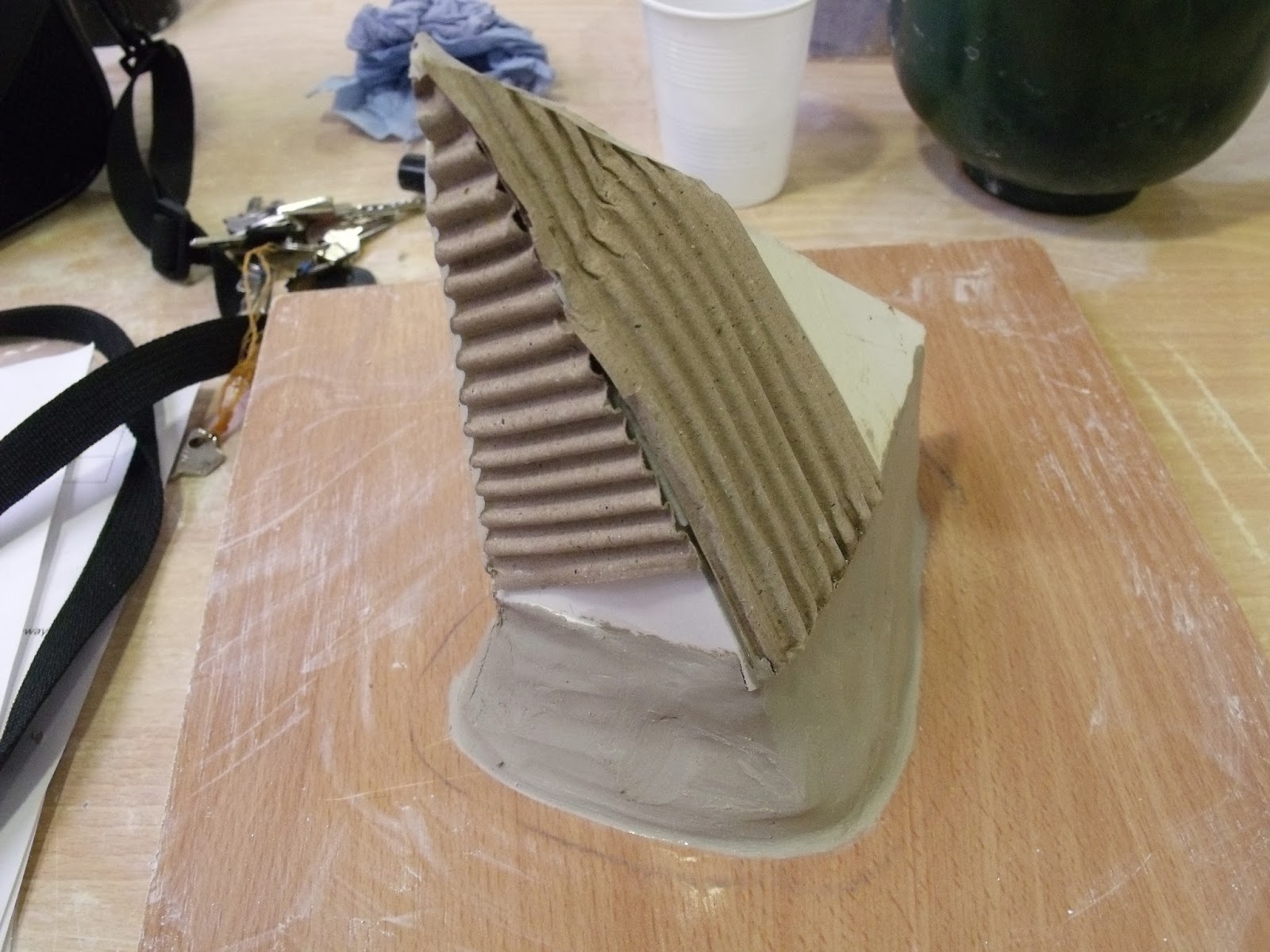 5.       Sometimes brown/yellow modelling wax or microcrystalline wax can be used to build up the entrance, to enlarge it and provide stability so that the vegetable can stand e.g. building up a stalk. 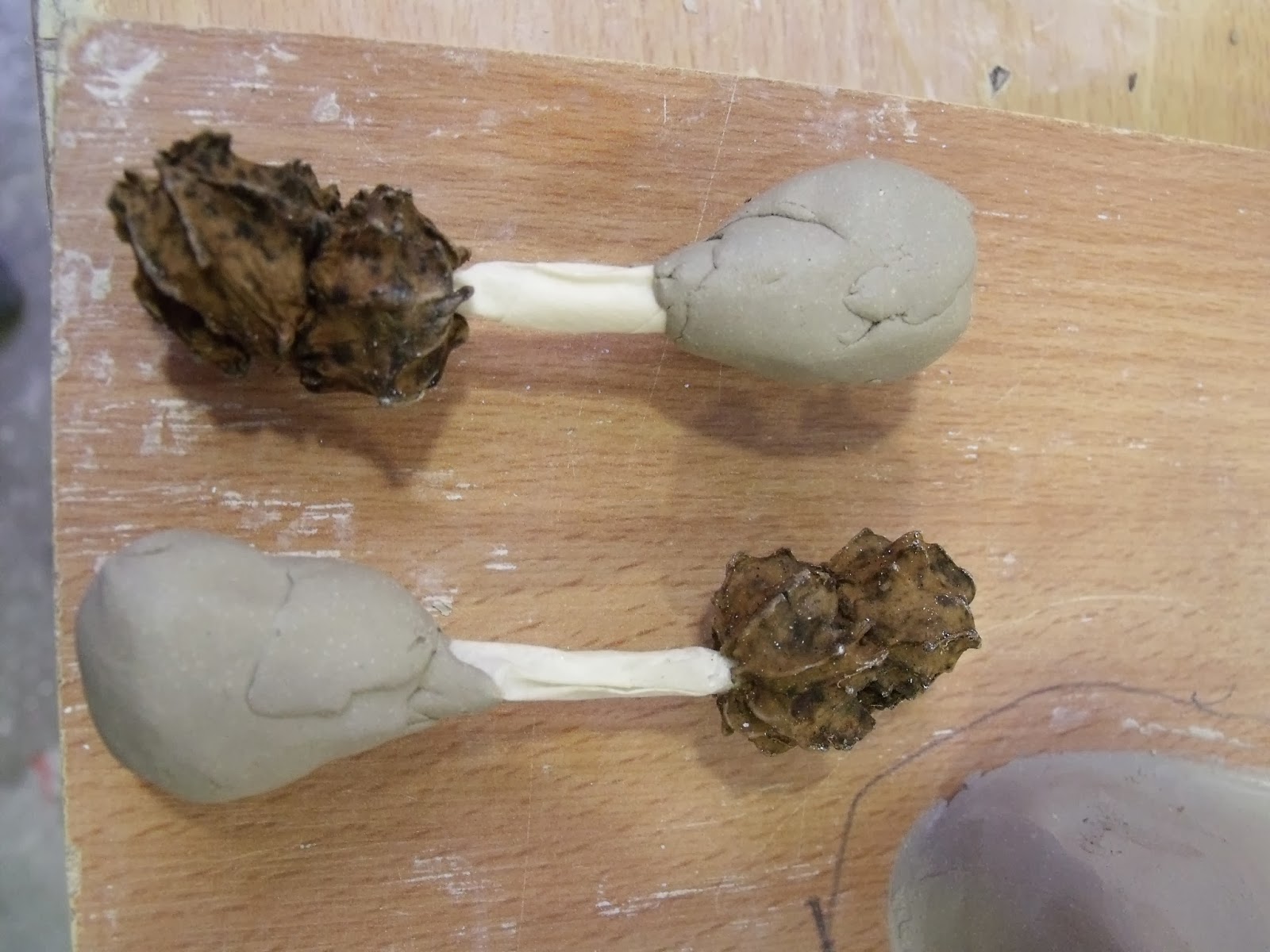 6.       Satay sticks can be used like skewers and pushed through the vegetable and into the clay to secure the vegetable to the reservoir.

7.       Shiny, water repellent vegetables can be sprayed with hair spray so that the mould mixture will stick to the surface.

8.       Use cocktail sticks, satay sticks and cotton threads to produce air vents. These sprues do not have to touch any boards; they can be free floating as the mould mixture is applied to follow the form of the model.

9.       The mould mixture is built up in three separate layers. 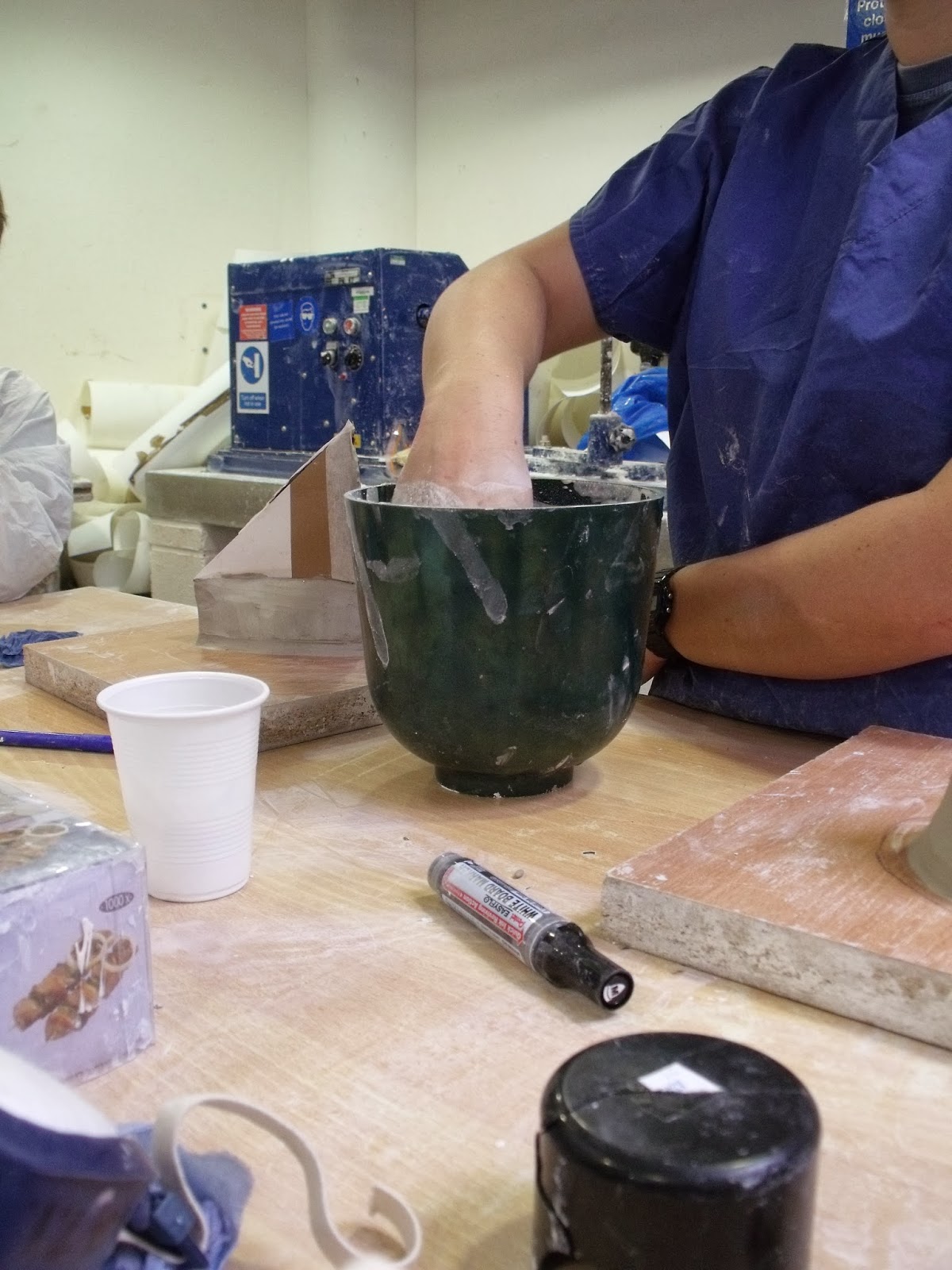 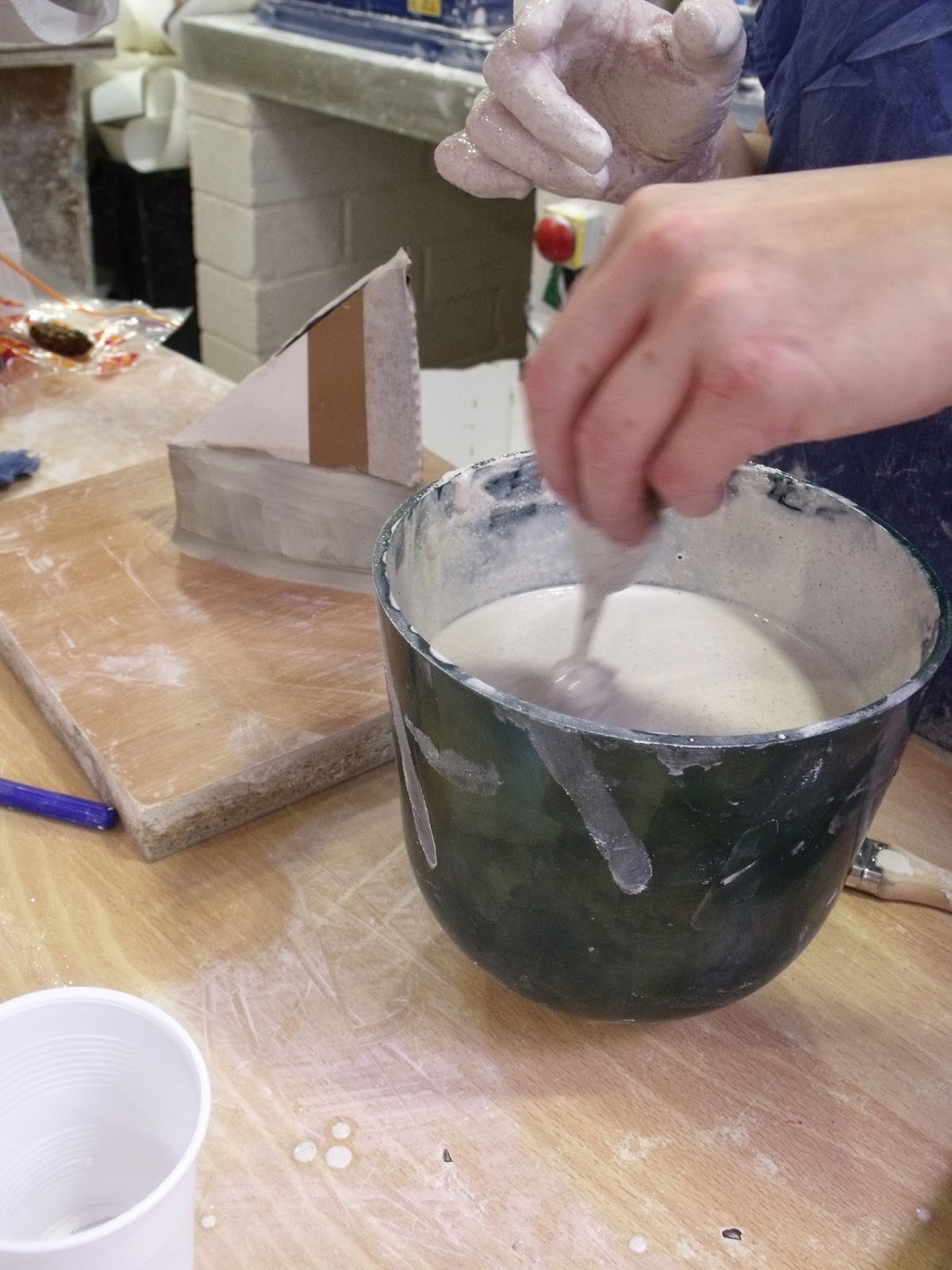 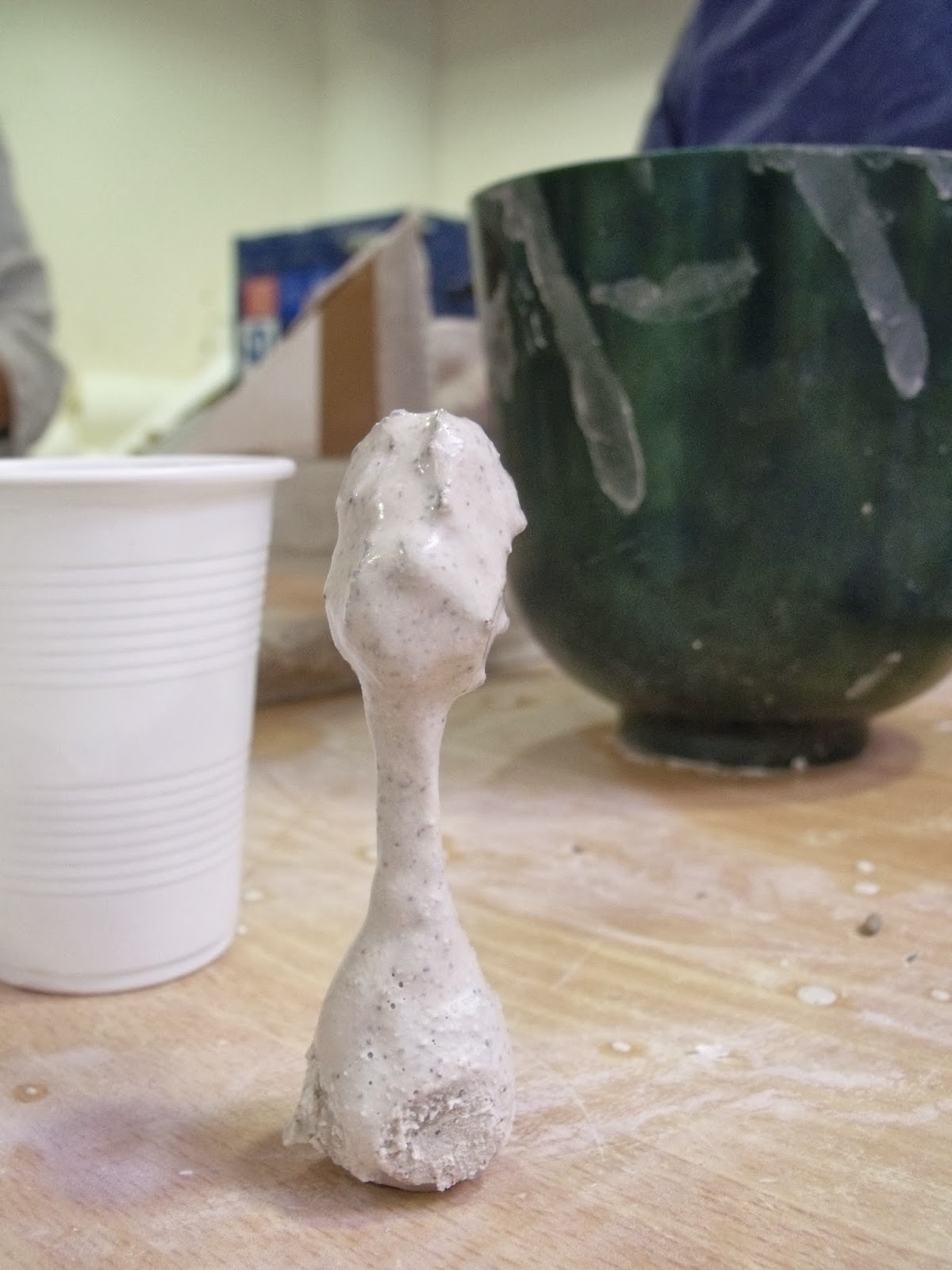 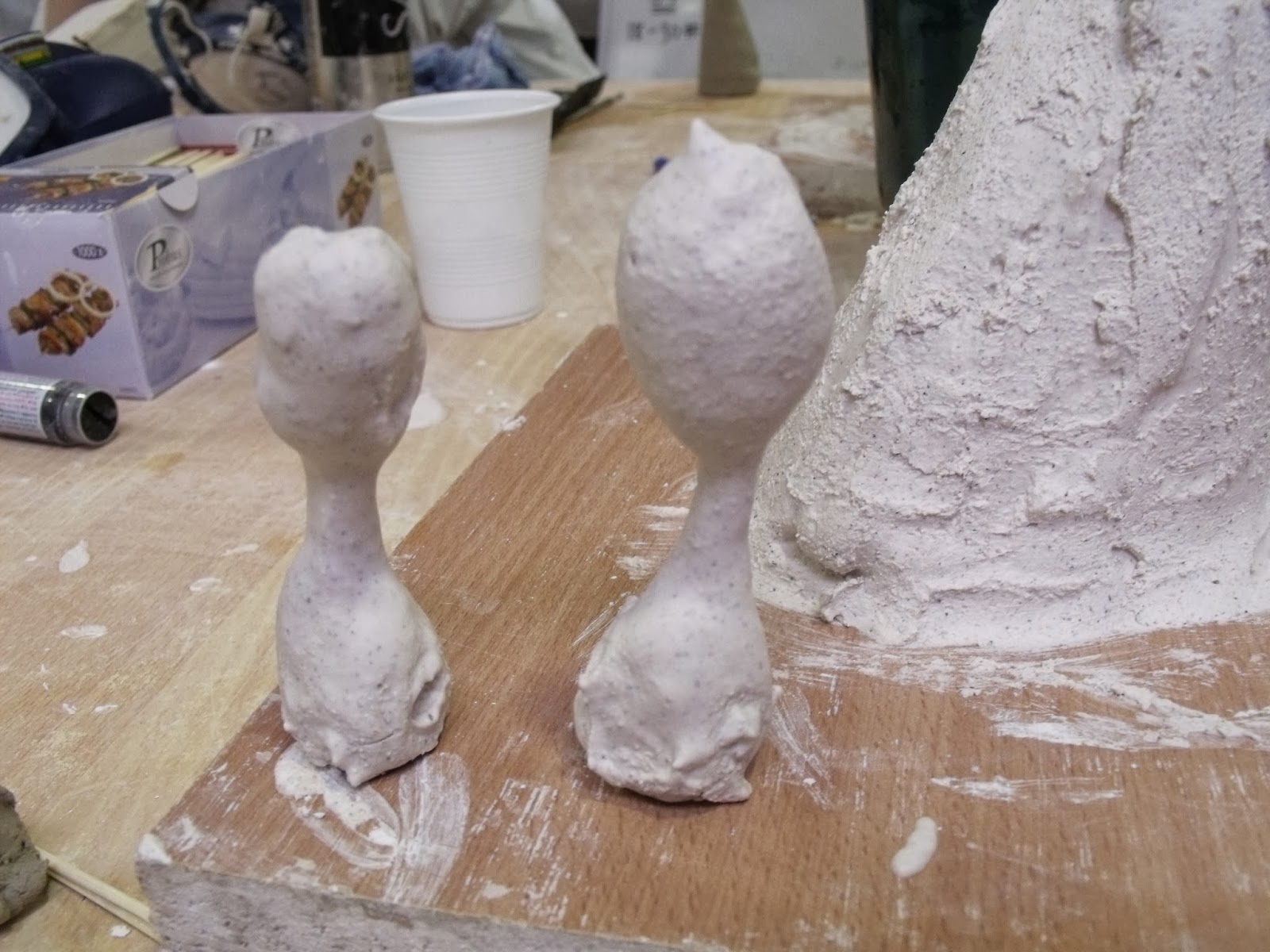 10.   Small objects can be dipped in the mould mixture, after dipping the cocktail sticks etc. can be attached to the vegetable and the following layers can be poured or applied with a brush, spoon/spatula.

The ingredients are calculated by VOLUME, the ratio being:

Quartz/flint acts as a separator between other grains. It is better to use a fine grained plaster like Superfine for the enhancement of detail.

Grog; is crushed fired clay, helps to produce a porous yet rigid mould which is not too dense and allows gases to escape.

Vermiculite can also be added to the mix to produce a light, porous mould, though this should not be included in the first layer of the mould mix which is in contact with the glass, as it can stick to the surface of the glass.

The ingredients are dry mixed and added to the water by eye until a dry island of mould material is visible above the surface of the water. Allow this powder to be absorbed by the water, and then begin to mix to form a thick paste. The mould is then built up in layers, three altogether, measuring a total of 1.5 – 2cm thick. All layers must be cured before building up the mould, wait approximately 5 – 10 minutes between mixes. If you follow the form of the vegetable accurately then the mould can be 1cm thick. 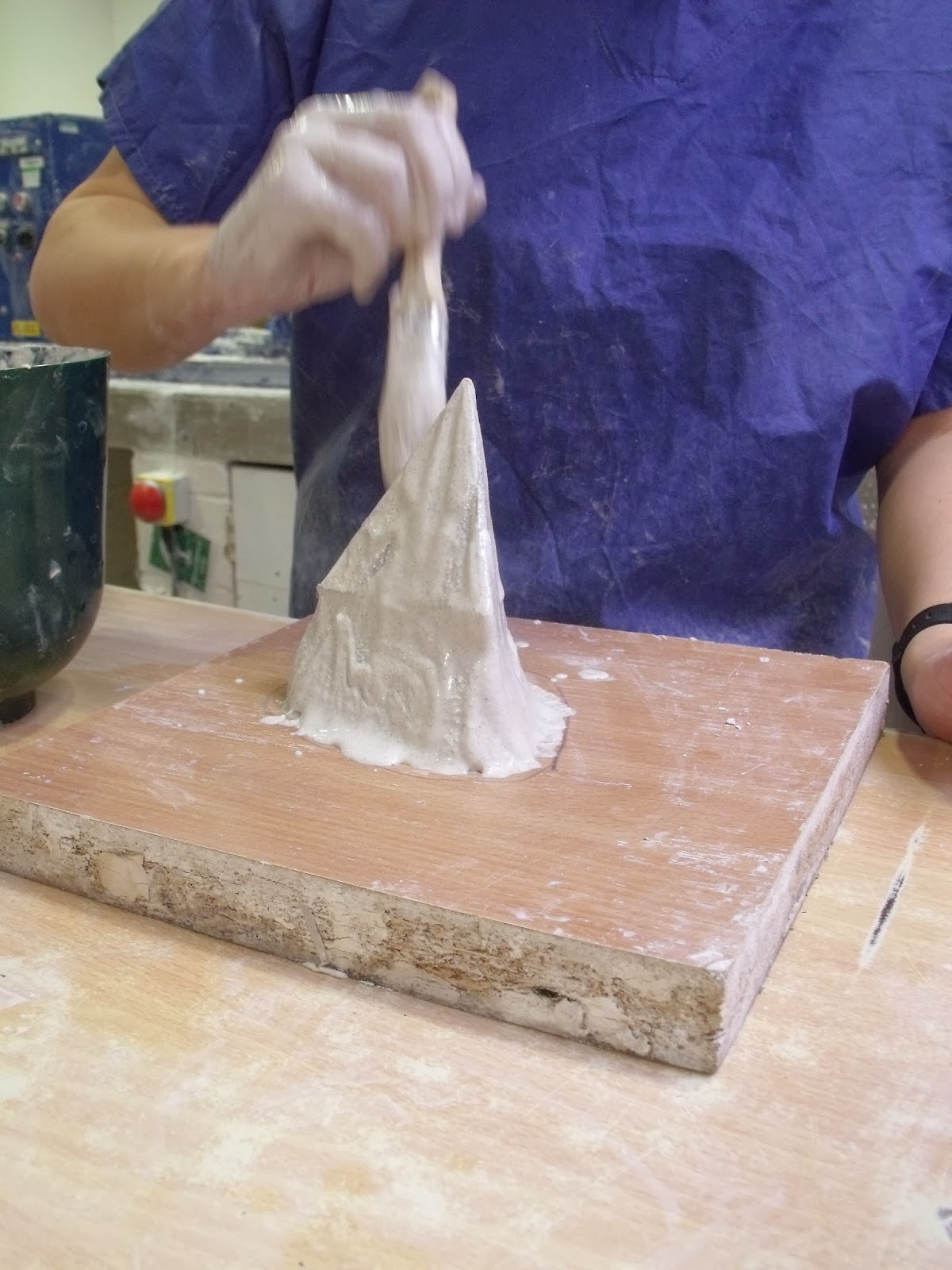 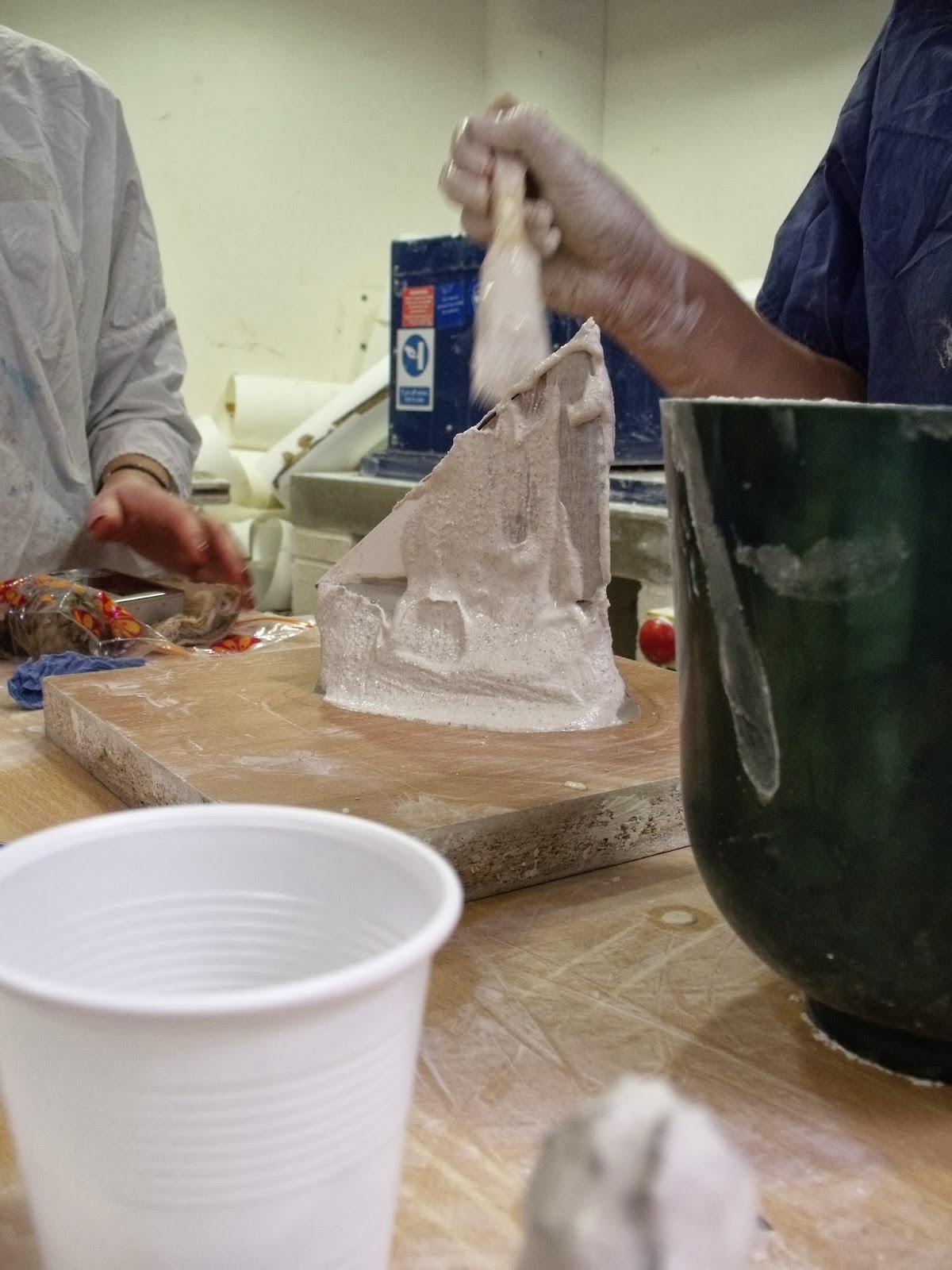 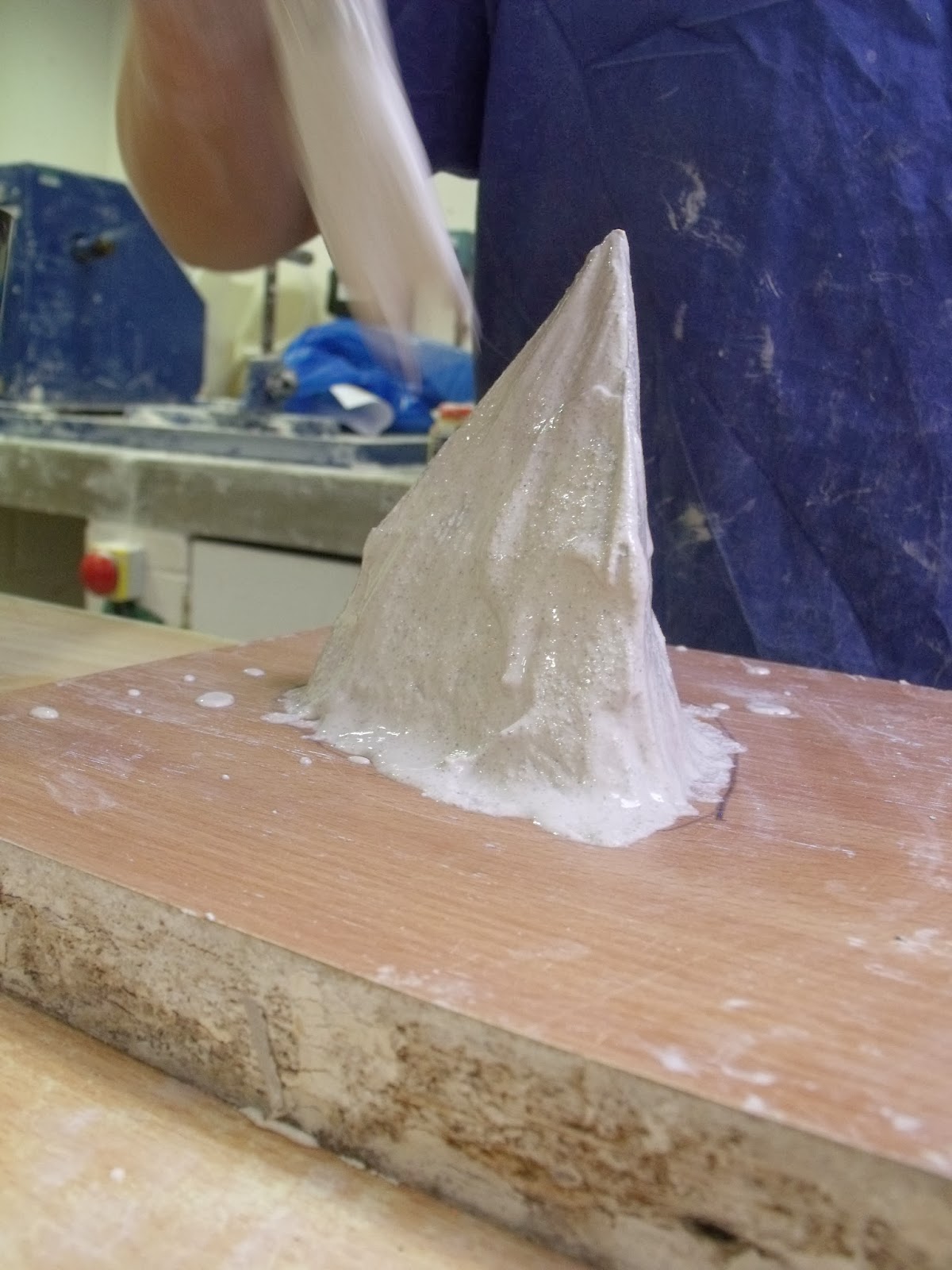 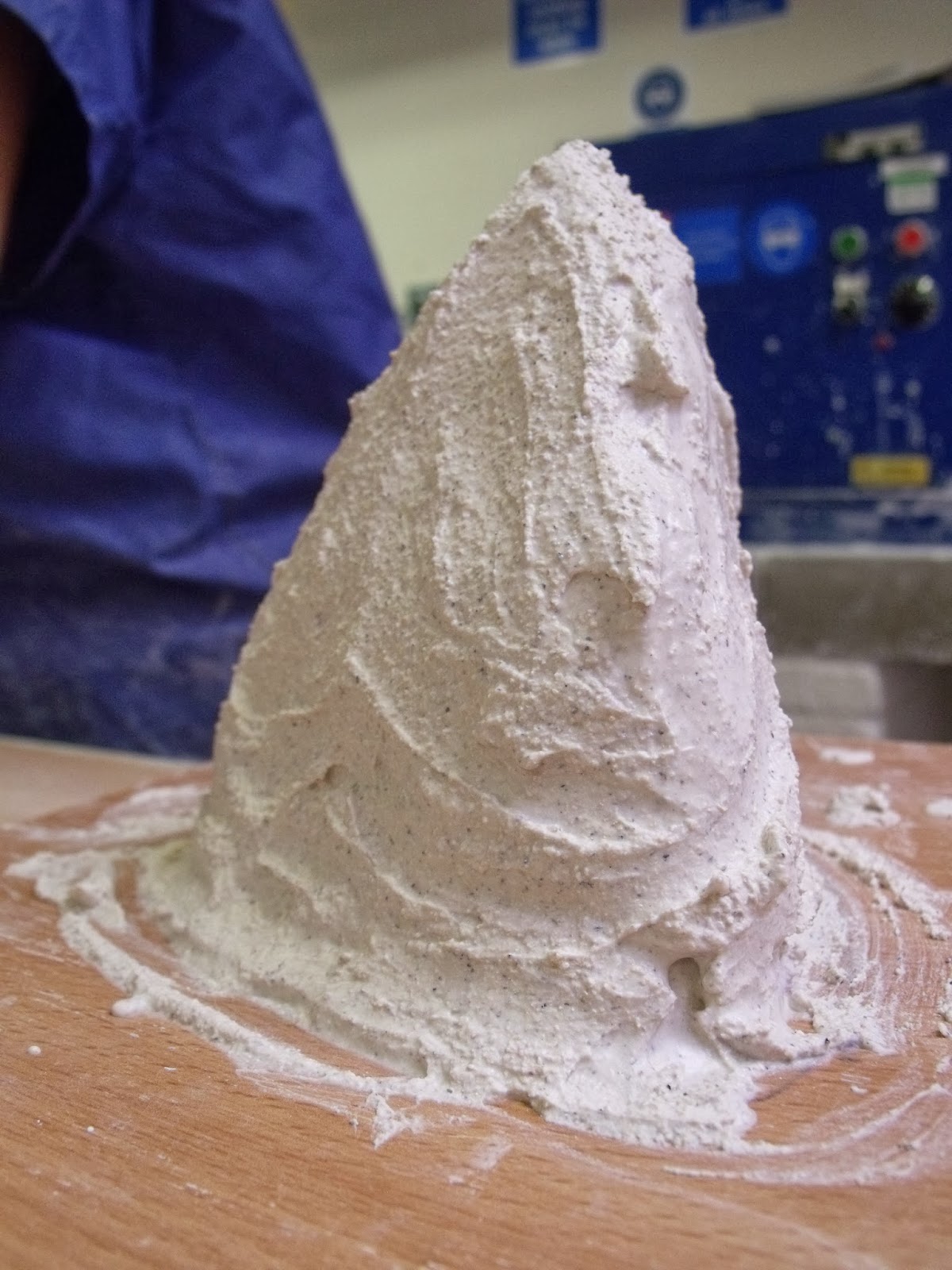 The mixture can be poured, brushed, flicked or applied with a spatula to the model.

Bigger models might require a mould with more layers and a refractory cement can be used for the outside layer for added reinforcements.

Open/drop out moulds can be reused.

Once the refractory mould mixture is set the clay can be removed from the reservoir. Any accessible wax which might have been used as a support can be picked out. The reservoir needs to be as clean as possible so wipe it out with a wet sponge.

The mould can then be placed in the kiln ready for the pre-firing, resting upside down, on kiln props, so that any ash from the vegetable can fall out of the mould.

Jan Hein recommends that where ever possible refractory moulds should be pre-fired so that the plaster will not react with the glass and stick to the surface. They should be pre-fired over 760˚C so that all the chemical reactions have already taken place, so when the mould is fired for the second time with the glass there will be no dull surface on the glass, this method also prevents glass devitrification.

Pre-fire the mould to a minimum of 770˚C soak for 3 hours (800˚C with no soak also works well), initial ramp up to 150 - 200˚C soak for 3 hours to thoroughly dry out the moulds ensuring that the kiln is vented. Then ramp up to 100˚C per hour. The mould mixture can withstand thermal shock but it is still safer to go up slowly. The pre-firing kiln programme will depend upon the size and number of the moulds, the density of the model etc. Leave the kiln bung open during this firing. 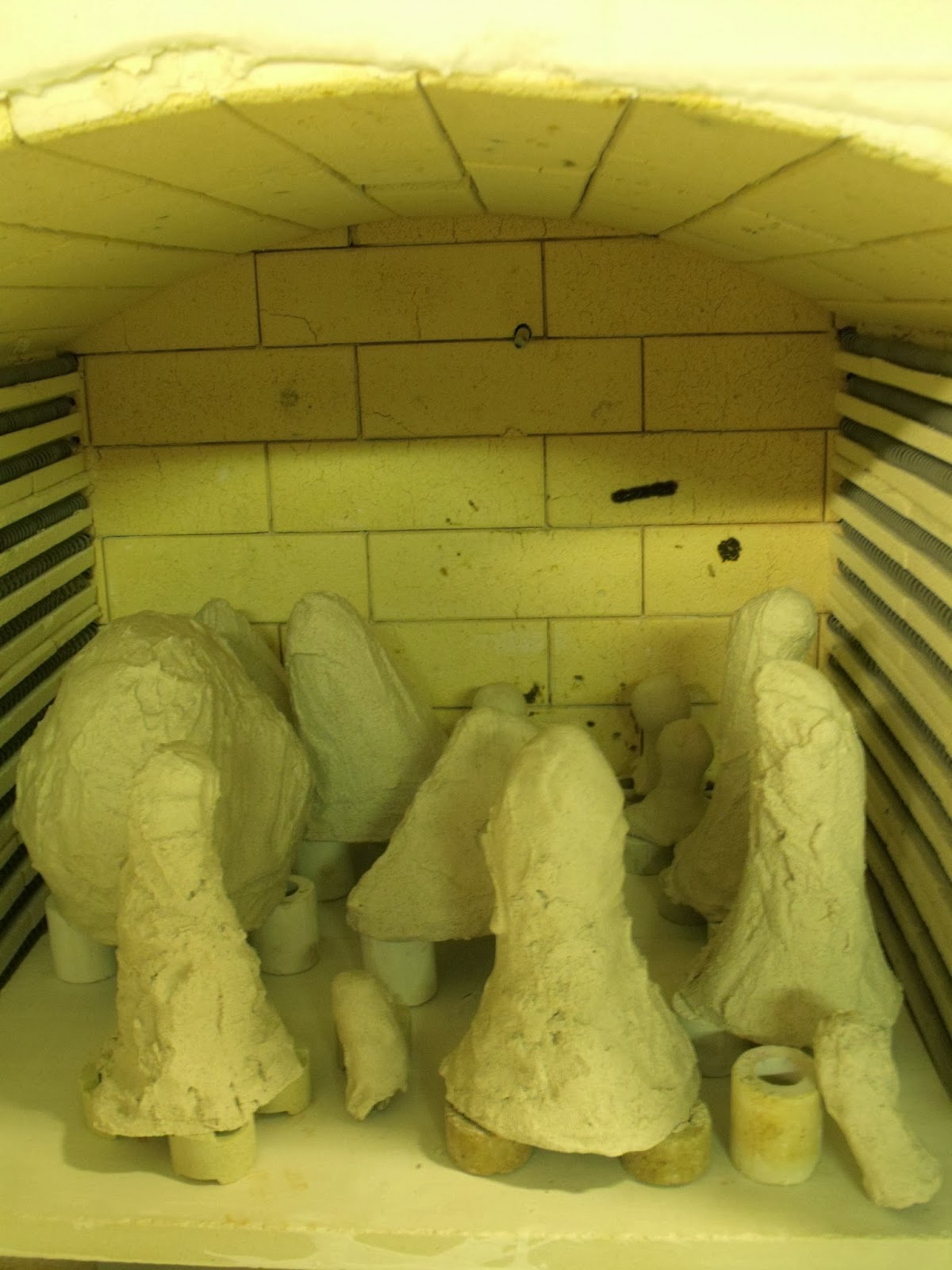 Burn out firing schedule
BUNG OPEN
150 - 200 3hrs
100 - 800 3hrs
OFF
If the model is made of wood, especially hard wood then the pre-firing will take longer and a higher temperature may be necessary. If there is still material left in the mould after firing then the mould can be fired again.

Once the mould has been fired gently to remove any remaining ash in the refractory mould, you can use a vacuum cleaner as long as it is not too viscous. 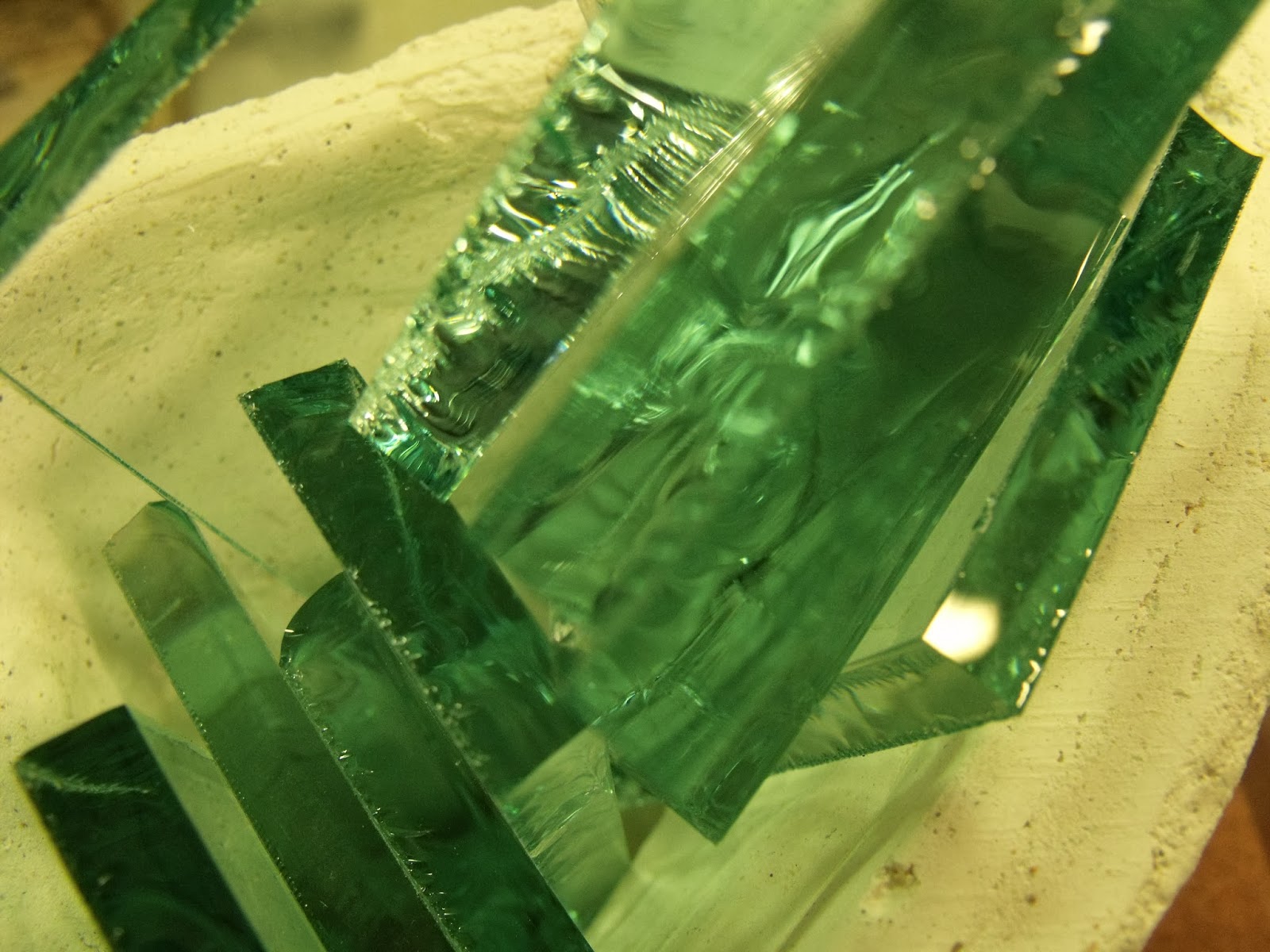 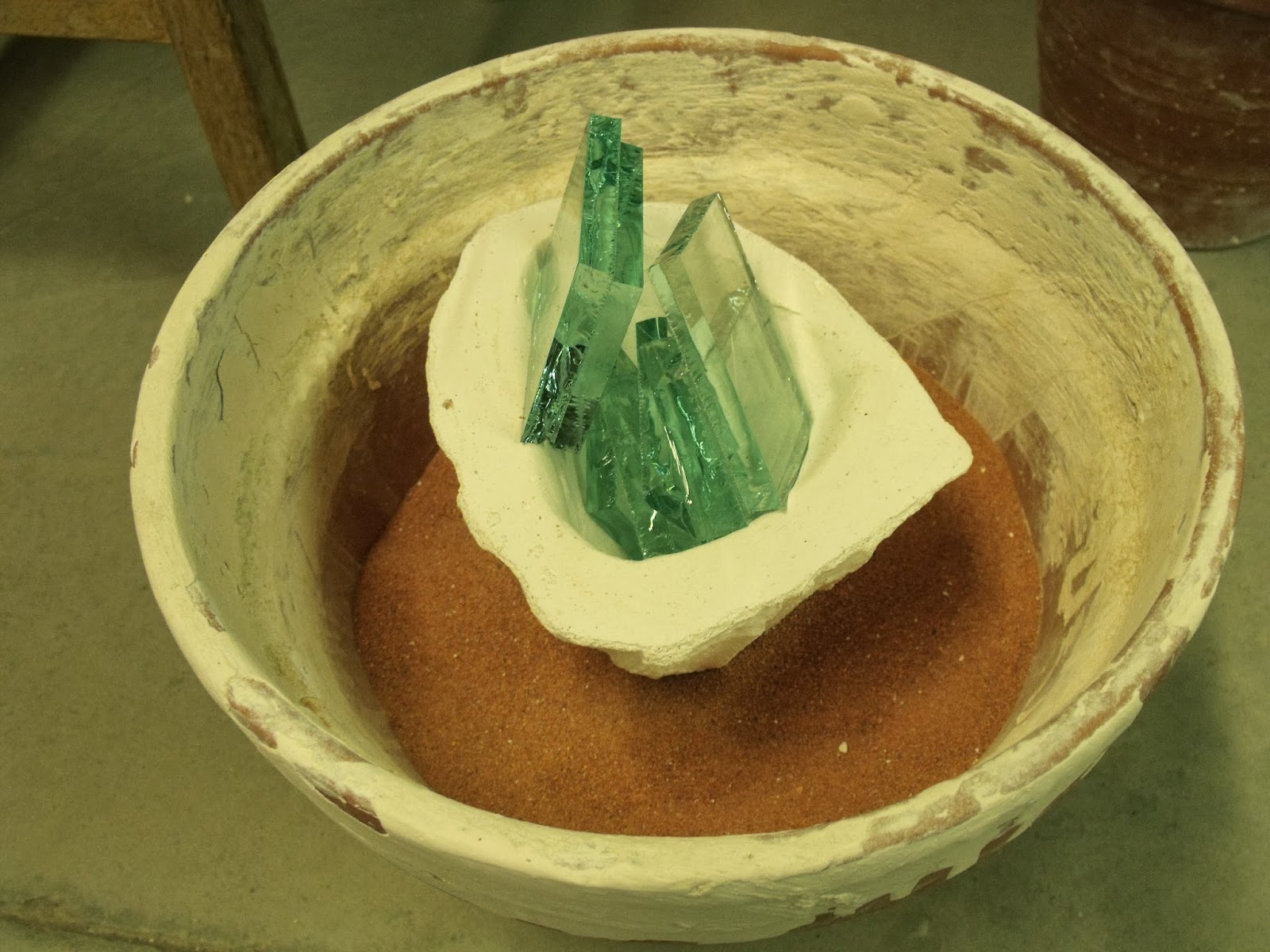 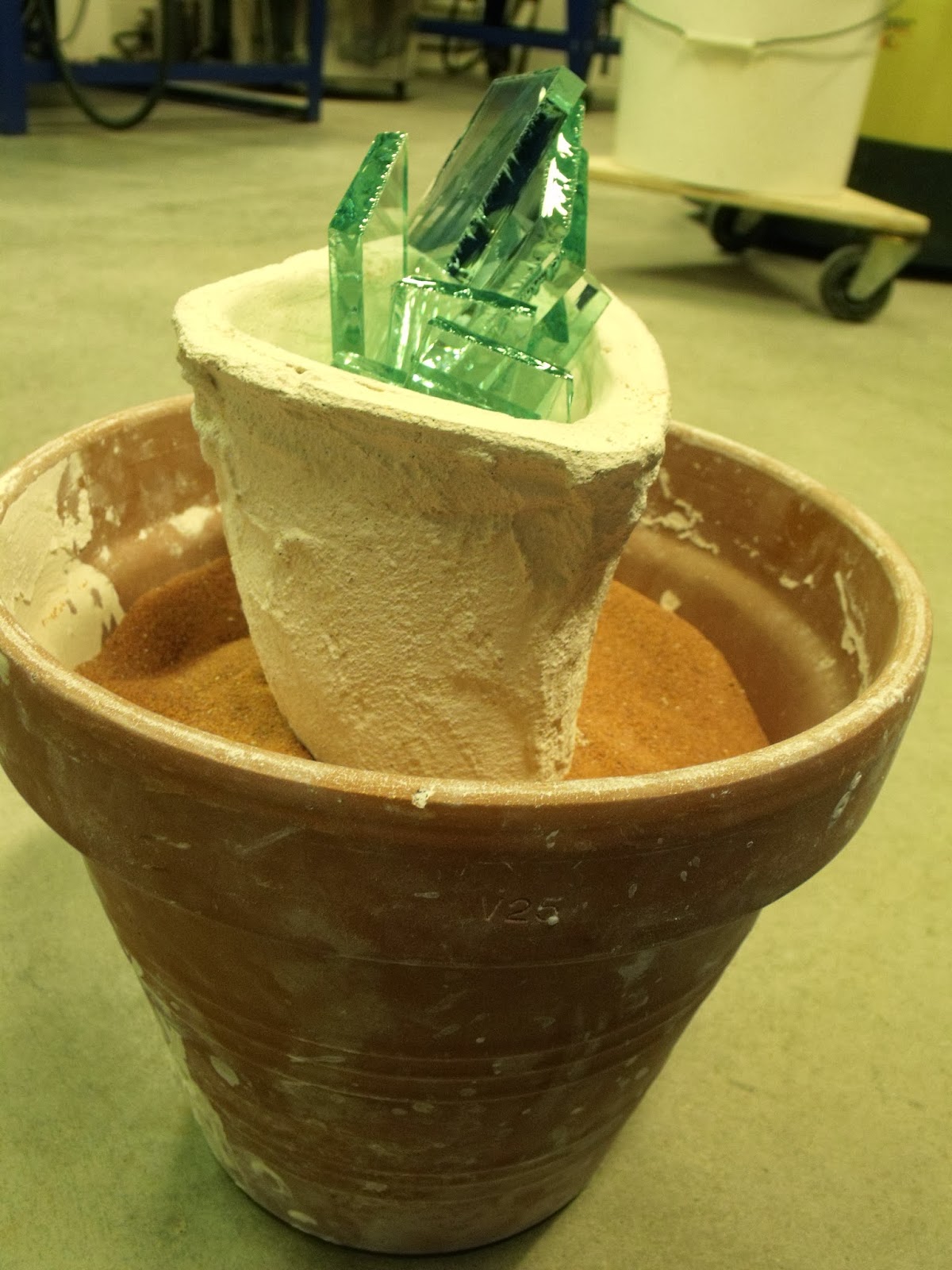 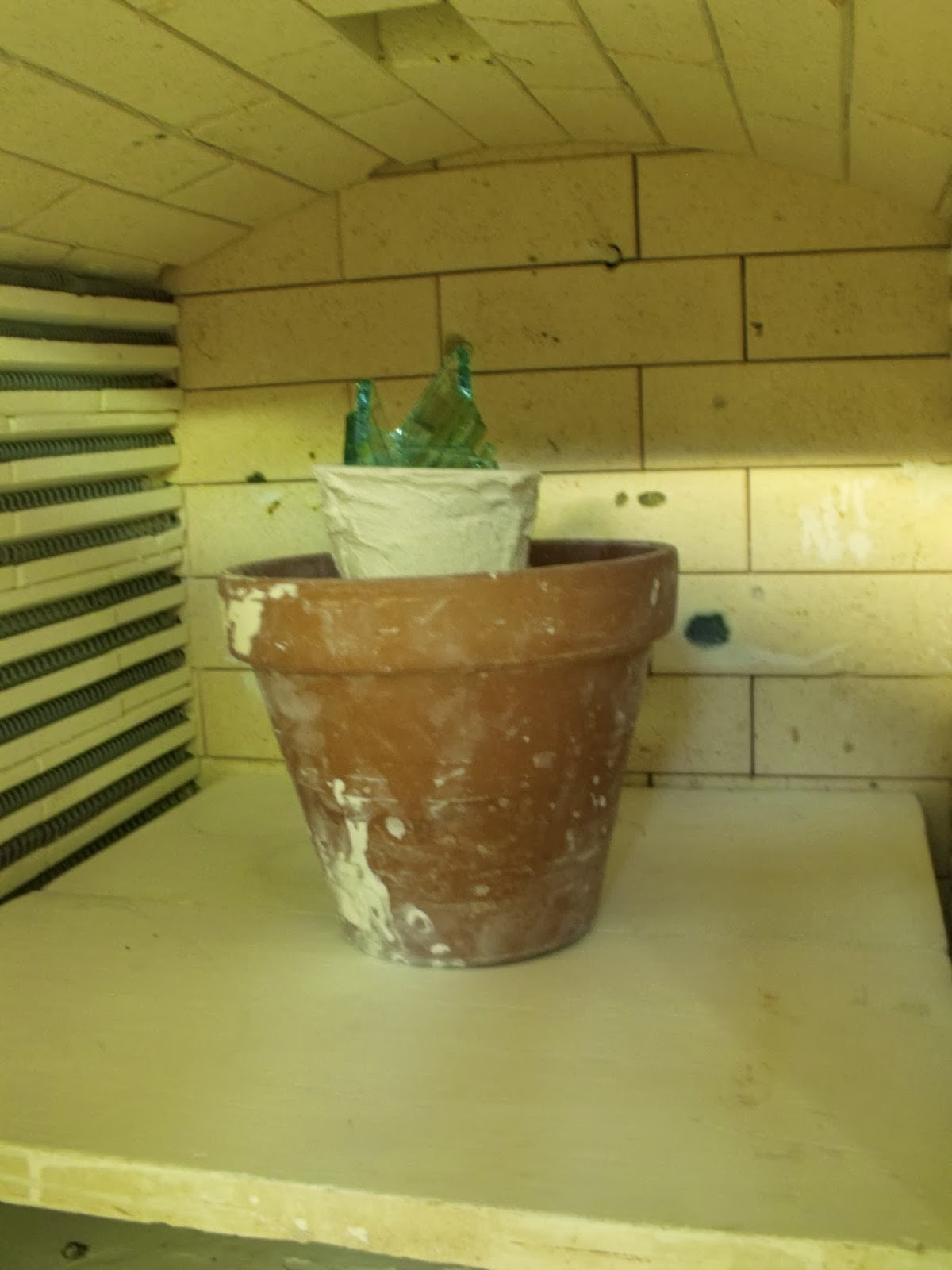 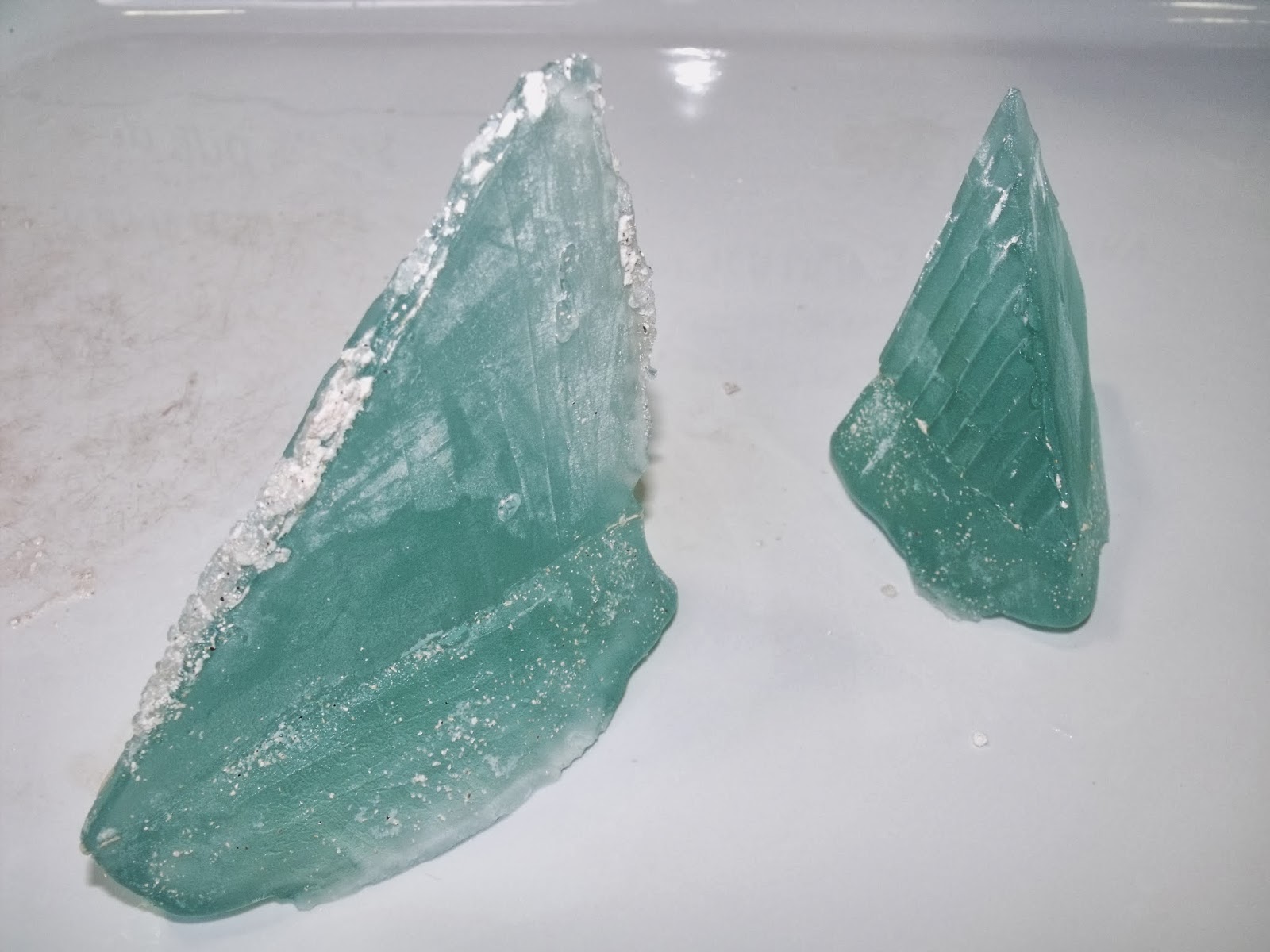 A ceramic flower pot can be used as a reservoir as long as the hole in the flower pot is smaller than the entrance hole in the refractory mould. The minimum diameter for the flower pot opening is 1.5cm diameter. Too small an opening will cause the glass to block the opening. The glass also needs to have sufficient pressure from above to force it through the opening, so the plant pot should be taller rather than wider. Some glass will be left in the flower pot and stick to the horizontal edges. The flower pot needs to be raised on props above the mould, to encourage the glass to flow downwards rather than out across the surface of the top of the mould. This prevents cracks from glass left in the flowerpot (which have fused onto the surface of the clay flowerpot) travelling and spreading down the model. 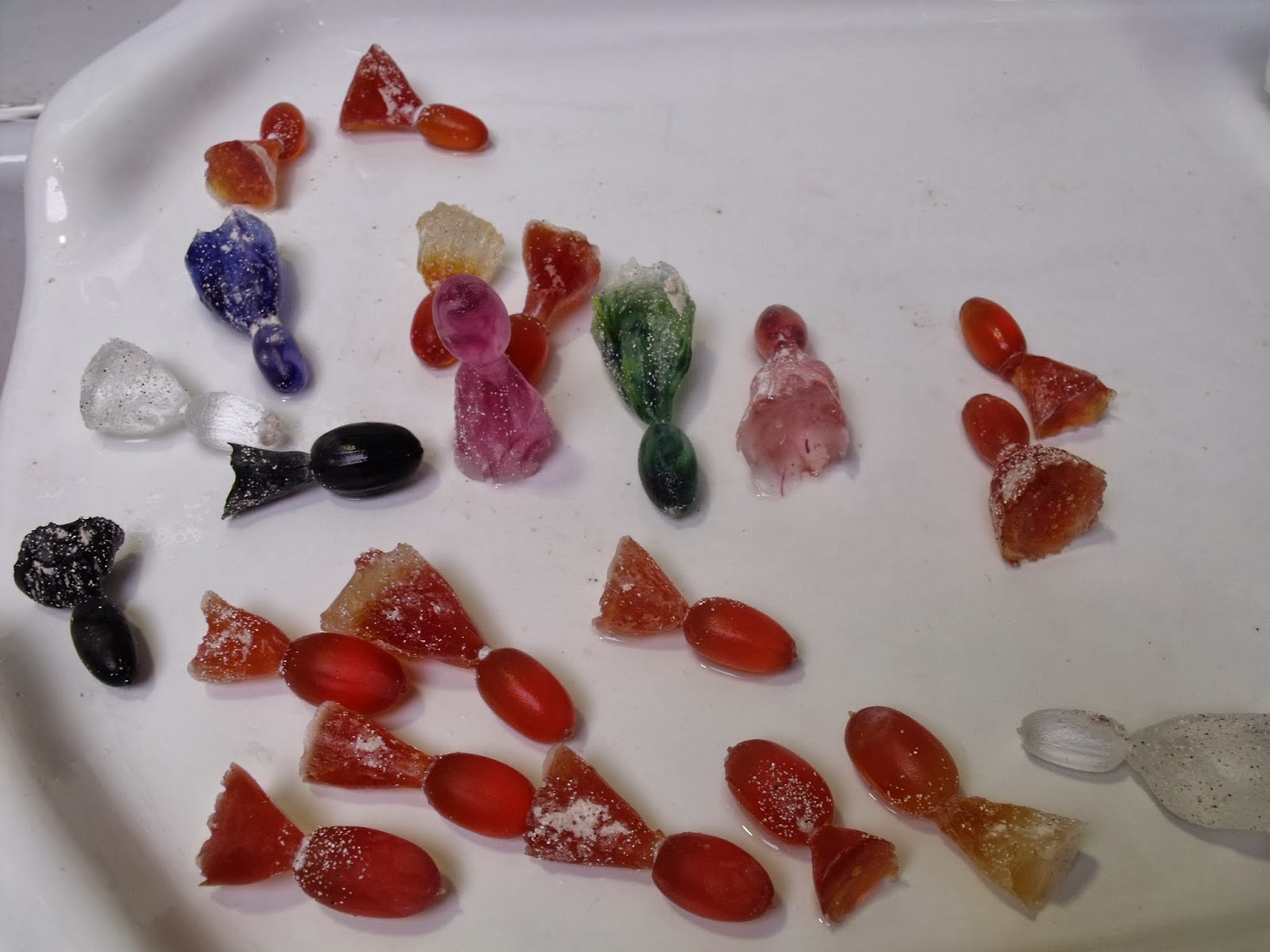 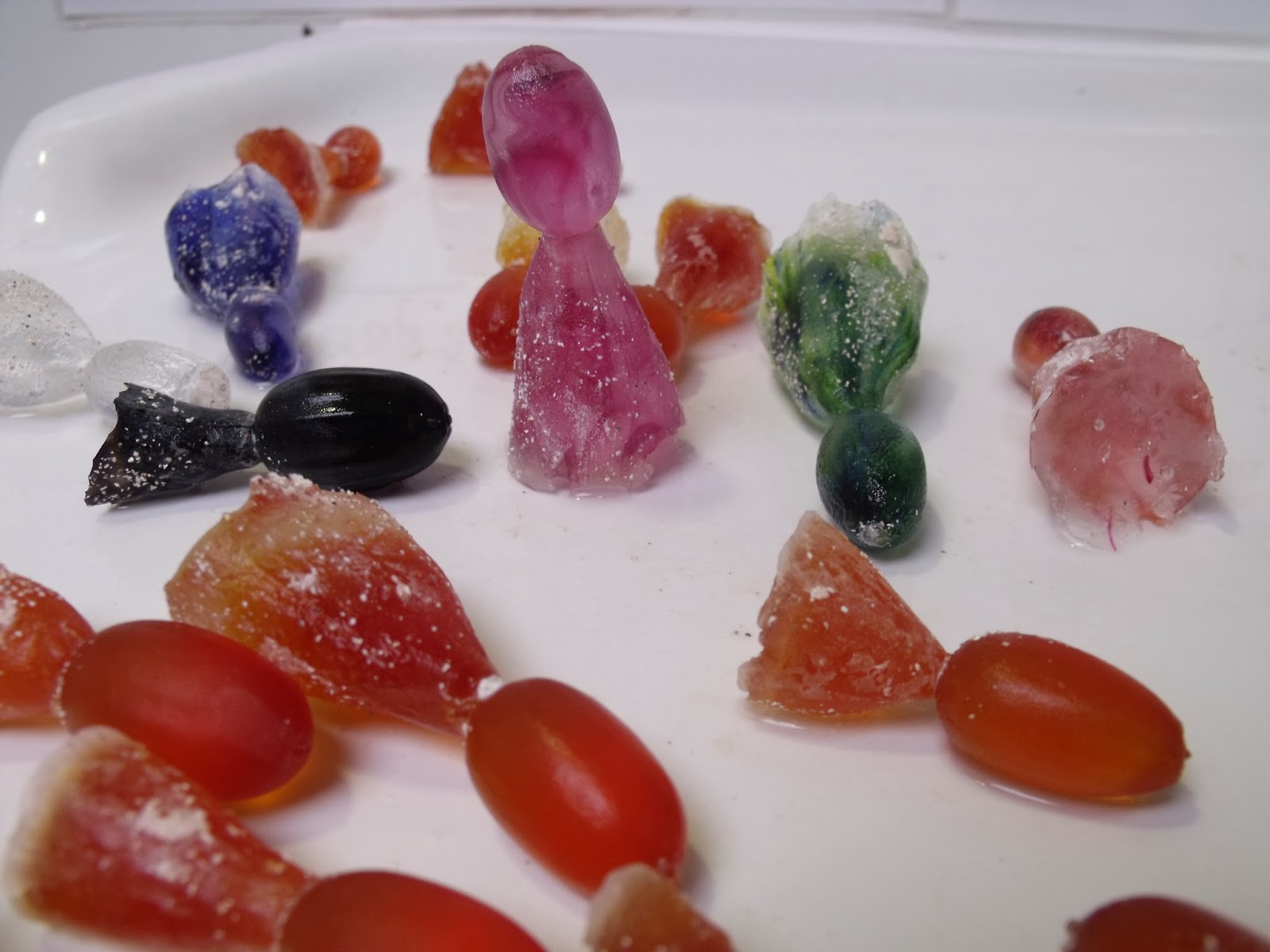 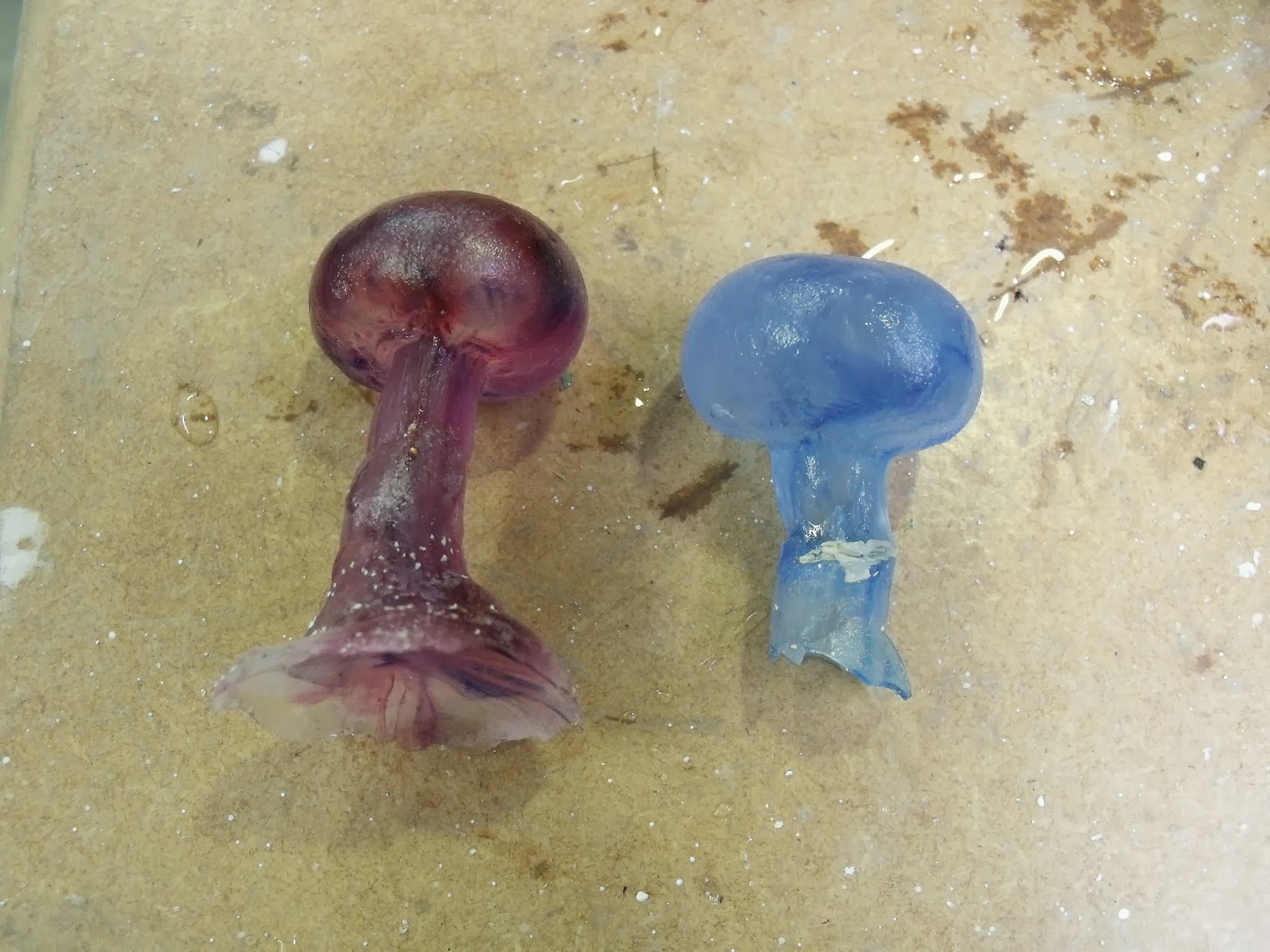 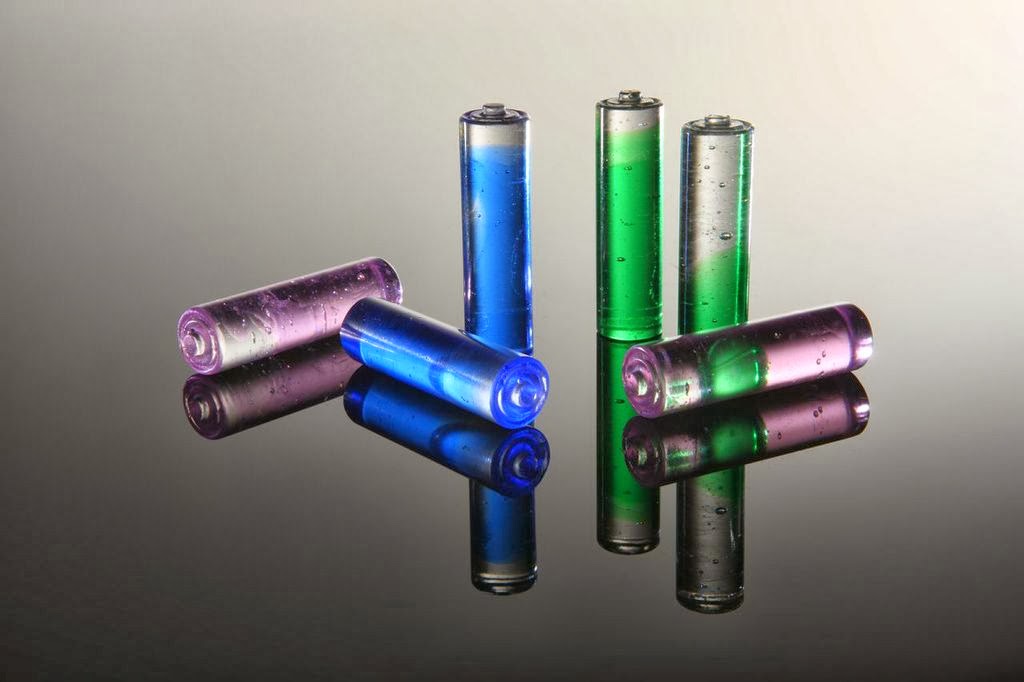 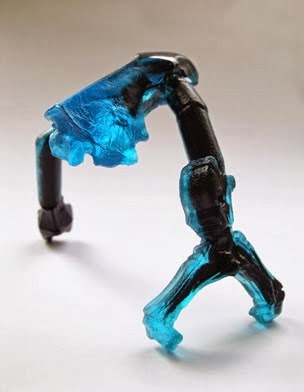 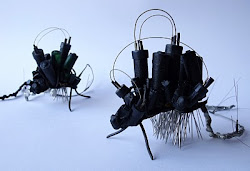